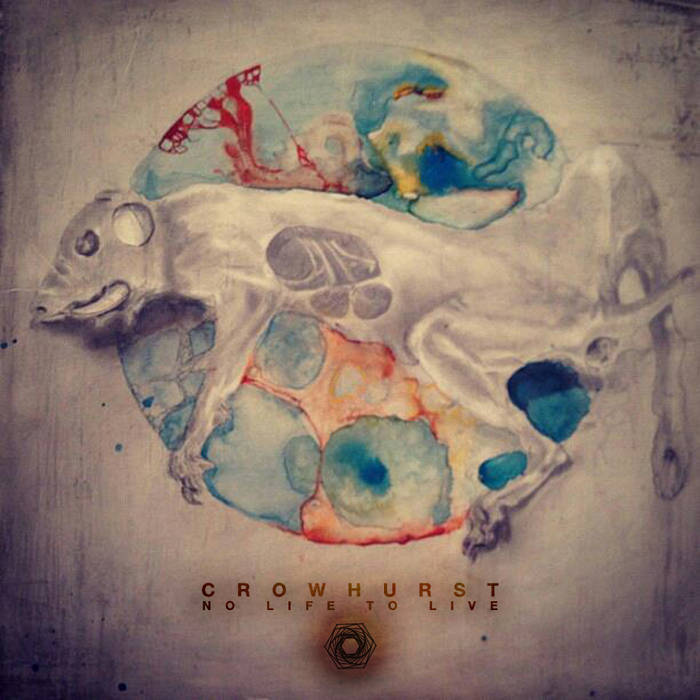 Remastered by Steve Austin (Today Is The Day) at Austin Enterprise Recording and Mastering.

With Special Guests sampled and processed on Various Tracks:

"It's one of the most visceral things I've heard this year that features not one single riff or drum beat." - tighttothenail.com

"Hidden inside No Life to Live is a great drone album ~ in fact, one of the year’s best."..."Electronics continue to burble; guitar drones expand like helium in rubber; hisses and fizzes infiltrate the sonic field like angry unbled boilers. This is the outer limit of noise: the place to which unwanted sounds are sent, steaming with unresolved grudges." - acloserlisten.com

"It is certainly leaves one in no doubt about the artist's mastery of sheer power; these are not drones that you could categorise as sounding 'lo-fi'. A canvas for whatever depths you want to plumb, what you find among the cacophony and claustrophobia is as much down to you as it is Crowhurst." - BeardRock.com

"No Life This Life is in this sense a blank canvas, film soundtrack, by directing the listener himself, neizrisan architectural design, sound, video games, that you can not see." - Radio Student
tags